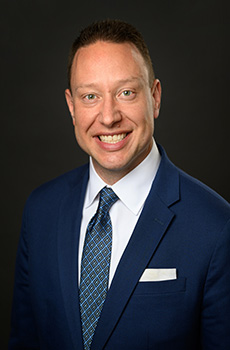 Justin Holmes is an Associate practicing in Mullen Coughlin’s Litigation department, centering his practice on defending organizations in class action and other data privacy-related litigation, as well as handling regulatory investigations for clients from a wide breadth of industries in matters stemming from data privacy and security incidents. An experienced litigator, Justin has represented clients in federal district court, state court and Governmental tribunals throughout the country and is well-versed in every stage of the litigation process.

Prior to joining Mullen Coughlin, Justin practiced in Washington, D.C. at two international law firms representing corporate clients in complex commercial actions nationwide, with a focus on class action litigation and regulatory and governmental investigations. Justin further honed his first-chair trial skills by serving as an Assistant District Attorney in the Philadelphia District Attorney’s Office’s Homicide and Major Trials Units where he took over 50 serious felony cases to trial.

While completing his J.D. at Wake Forest University School of Law, Justin was Captain of the National Trial Team and was also elected to the Order of the Barristers.

In addition to his corporate civil practice, he has dedicated a great deal of time to his pro bono work representing client’s seeking asylum based on persecution in their home country including first-chairing a case before the Arlington Immigration Court to obtain asylum for an Afghan family of six.

Outside of the office, Justin is the President of the Board of Directors for the Harrisburg Area Confirmation Camp and is also a Board member of a central Pennsylvania service organization – LutheranHands.