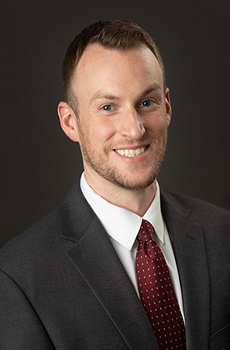 Craig G. Steen is an Associate with Mullen Coughlin, practicing in Incident Response. Craig represents organizations across all sectors in responding to, and investigating, data breaches and other suspected or real cybersecurity events. He assists clients in determining the scope of the incident and coordinating investigations by forensic firms, regulatory bodies and law enforcement (if applicable). He also assists clients in complying with data breach notification requirements under local, state, federal and international law or by contract.

Prior to joining Mullen Coughlin, Craig worked as a commercial litigation associate at a Philadelphia-based AmLaw 100 law firm, representing a broad range of companies, organizations and individuals in connection with civil, criminal and regulatory matters. Also, as part of the firm’s White Collar Crime & Investigations practice group, Craig conducted internal and external investigations on behalf of companies and organizations responding to allegations of unlawful behavior or other wrongdoing.

Craig earned his Juris Doctor from Cornell Law School, where he served as an Associate and General Editor for the Cornell Journal of Law and Public Policy and as a Writer for Cornell’s Legal Information Institute. Also while in law school, Craig served as a Judicial Intern for the Honorable David R. Strawbridge of the United States District Court for the Eastern District of Pennsylvania.

Craig attended college at Yale University, where he received a Bachelor of Arts in Political Science. While in college, Craig was a four-year varsity letter recipient and two-time team record holder for Yale Swimming & Diving.