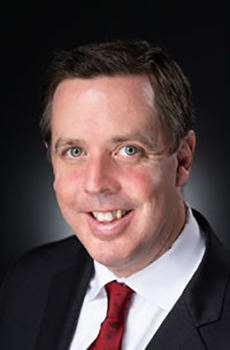 Richard Haggerty is an Associate at Mullen Coughlin. He focuses his practice on the defense of class actions and data privacy and security-related litigation. Over the course of his career, Mr. Haggerty has defended numerous cases involving federal consumer protection statutes, such as the Fair Credit Reporting Act (FCRA) and the Telephone Consumer Protection Act (TCPA), and analogous state statutes. Mr. Haggerty also assists clients in responding to regulatory inquiries from state and federal agencies.

Prior to joining Mullen Coughlin, Mr. Haggerty worked in the Philadelphia and New York offices of a large national law firm where he also gained extensive experience in complex commercial litigation. Mr. Haggerty has represented clients in various industries before state and federal courts and in international arbitration. He has handled a wide variety of matters, including contract disputes, fraud claims and other business torts, employment discrimination and statutory claims. Mr. Haggerty has argued motions in courts across the United States, has tried multiple cases to final jury verdicts and has worked on a number of white collar and internal corporate investigations.

In United States. v. Brown, No. 2:12-cr-00367-RBS-1 (E.D. Pa.), he was part of a trial team representing a charter school executive charged with a 67-count indictment for wire fraud and obstruction of justice in the Eastern District of Pennsylvania. After a six-week trial, the jury acquitted on several charges and deadlocked on the rest; the government eventually dismissed the indictment. Mr. Haggerty also served as the lead pretrial attorney and the second chair at trial in Matthews v. Hewlett-Packard Co., No. 15-civ-3922 (S.D.N.Y.), an employment discrimination case in which the jury returned a complete defense verdict. In arbitration, he represented a prominent technology company in a multimillion dollar proceeding involving the breach of a master services agreement, where he examined multiple key witnesses and delivered the closing argument. The case settled on a favorable basis before the panel issued a decision.